A Tour to London gives you the opportunity to become really involved with the Harry Potter phenomenon by seeing the two plays that continue the story from the books and visiting the studios where the film magic was made.

When HARRY POTTER AND THE CURSED CHILD first opened on the London stage it won 24 awards and the comment,

Not only can you now see the show but you can also visit the studios where the films were made.

Harry Potter and the Cursed Child takes the story forward 19 years from the most recent Potter book.

Harry is now 37 and father to three children one of whom, Albus, is about to leave for Hogwarts along with Rose, the daughter of Hermione and Ron.

The visual effects in the production are truly breathtaking and there is something magical in theatre that is not quite the same in books or on film. 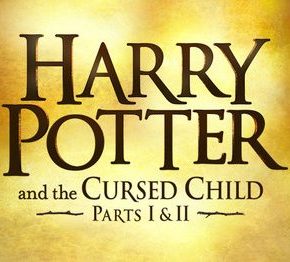 It’s in two parts that can be seen on either the same or different days.

A one hour coach transfer from Central London takes you to the Warner Brothers Studio where the Potter films were made.

If you are planning a tour to London at some time and intend seeing the Harry Potter production and visiting the Studio it is worth planning ahead as much as possible.